Farmstadts are a hypothetical construct in the Plan, and are aimed at providing self-sufficiency, safety, and other amenities to the supporters of the plan and the members of its branches.

They would be designed to survive a collapse and also provide refuge for outsiders who may be adversely affected by a potential collapse. They would akin to a settlement of sorts, and would be protected against various outside threats. These Farmstadts would ideally be built up in the pre-collapse world. 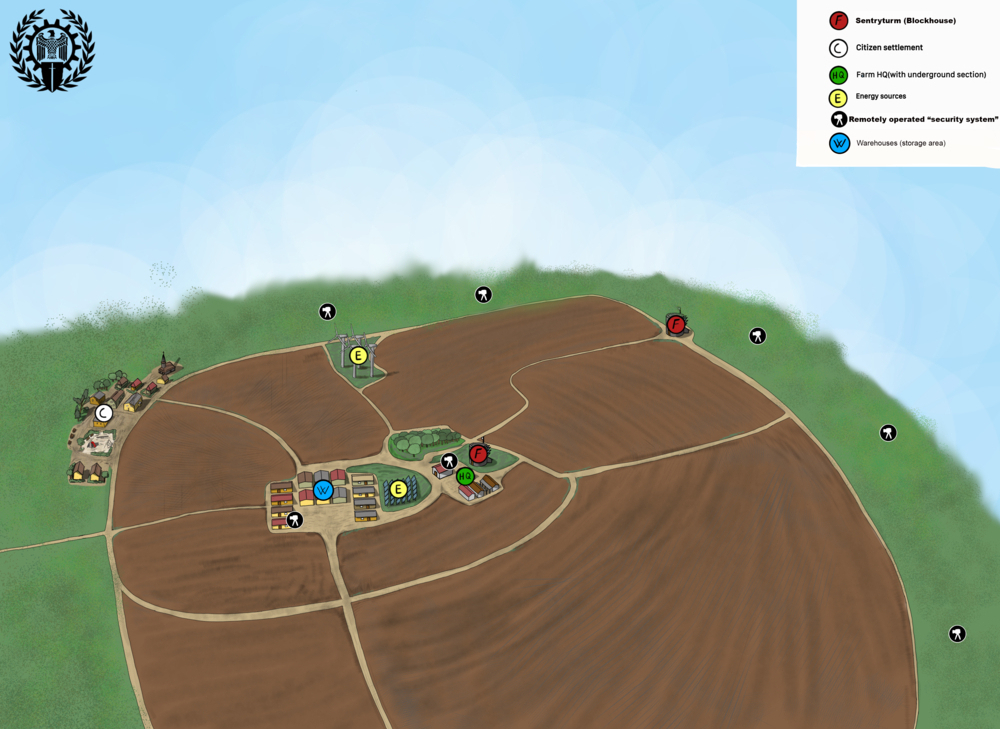